An Interview With Shelly Bell, Founder and CEO of ‘Black Girl Ventures’ 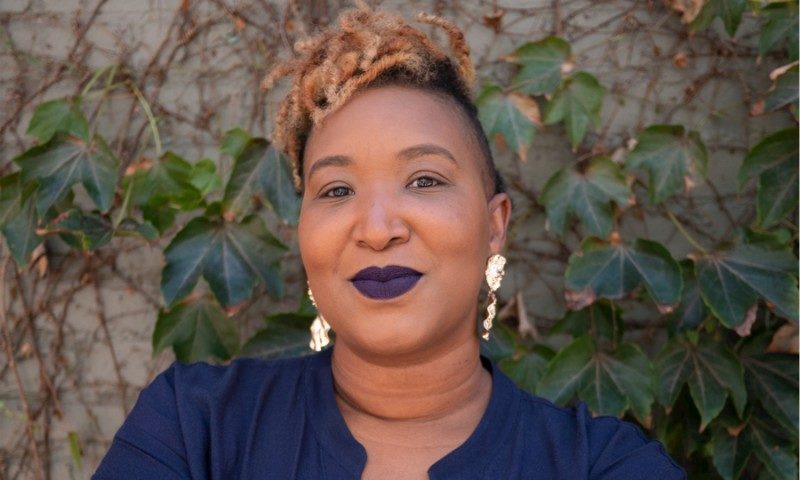 The Kauffman Foundation works together with organizations that share their vision and passion for education, entrepreneurship and the Kansas City community. NationSwell spoke with Kauffman grantee Shelly Bell, founder and CEO of Black Girl Ventures, a company that “funds and scales tech-enabled, revenue-generating businesses (under $1M) founded by people who identify as Black/Brown and woman” to talk about the solutions she’s pioneering and the opportunities Kauffman has been able to help unlock for her along the way.

“Ecosystem builder” is a term Kauffman coined, in which you understand that everything plays a part. if we think about entrepreneurship that way, a financial institution plays a part, the government plays a part — all of these pieces create the right environment for growth. And so as an ecosystem builder, I view myself as moving towards actions and effort. I create the right environments for Black and Brown women entrepreneurship to thrive — I pull in governments, pull in corporations, I make an on-ramp that has destinations and exits.

This started as a brunch, where people would come and pay at the door. While you ate, you’d listen to Black women entrepreneurs make their pitches for their business. If you liked their idea and wanted to fund it, you’d put a marble in a coffee mug, and the founder would receive dollars in proportion to the number of marbles they received.

So this all started in 2016 as a local brunch, and suddenly, we were doing them in Chicago, Atlanta, New York, Detroit, Baltimore, Philly — even SXSW, one year.

My first hypothesis was: Can I get a bunch of people together to give to Black and Brown women founders? And then I thought, “Can I activate women on the ground to be active in this?” Because if we can activate women on the ground, if we can activate people in their own communities, then we can see an immense impact and trajectory in the shift of Black and Brown women’s business

Over the course of four years, we’ve mobilized $1.4 million and directly funded 104 women to date.

NS: What are some the unique ways the Kauffman Foundation has helped support you and your efforts?

SB: I don’t know that i understood what it meant to build a relationship with a foundation. I didn’t know that I was supposed to ask for money. I was so green at one point as an ecosystem builder: I had no idea about metrics and how to communicate them for what makes sense to a large funder.

[Senior Program Officer for Kauffman Foundation] Andy Stoll never skipped my emails. He always answered every email I sent him. That level of relationship building was integral to me: That a prestigious foundation would answer my emails and respond to my questions that way, it really created a unique relationship between me and the organization.

NS: What are some of the challenges Black women founders face?

SL: On the investor side, the bottom line is bias. People find people in power who look like them, talk like them and act like them. On the part of the founders, historically, black people have only been able to be in business uninterrupted sixty years. That means the right to own a home, the right to a bank account, to build wealth and equity, to use that equity to start a business — because it’s only been that amount of time, there hasn’t been enough time to built wealth generationally, and because of that, there’s no rich uncle to give us the funds and the space for experimentation — and that experimentation counts.

Kauffman’s grant was a signal. It was more than funding. I was going to make the impact that I was going to make with that money anyway. But it’s so key to an organization with under-represented founders to get that level of funding from someone as prestigious as Kauffman because it’s a signal to the rest of the funding community that you’re rocking to them.

We needed that signal because we had the impact, we had the numbers on the board, we just didn’t have that signal. And that signal from Kauffman created more opportunities to come our way. And I think that this is so key to this experience. It unlocked more funding, and it allowed me to be able to pilot my hypothesis to inspire + activate women on the ground, expand vision further. It gave me space and room to do that.

And it’s worth noting that Kauffman’s funding has not caused a burden on us at all.

So I’m calling on all the wealthy uncles out there who are giving their nephews $20k and $50k to give that to black and brown women founders with no returns. How about that?

All we need is for you to fund us, and get out of the way.

Produced in partnership with the Kauffman Foundation. To learn more about their grantmaking, visit their website.